21 Soul-Stirring Thoughts By Kishore Kumar That Will Enchant You Regardless Of Whether You're A Fan Or Not.

The song ‘Aake Seedhi Lagi’ from the movie Half Ticket was originally supposed to be sung by Lata Mangeshkar and Kishore Kumar. But owing to some prior commitments Lata Mangeshkar could not be roped in for the song. Kishore Kumar who was known for his funny demeanor and uncanny sense of humor suggested that he be allowed to sing both the male and female parts. After much haggling music director Salil Chowdury complied and the song became one of the most popular numbers and is even remembered today especially for the comic effect lent by Kishore Kumar.

In another such incident, the director of a movie obtained court orders stating that the Kishore Kumar had to follow all his instructions. Kumar readily agreed and followed all instructions much to the delight of the director. Little did he anticipate that Kishore will not let go of the matter so easily. During one scene of the movie the actor had to drive a car and he continued driving. The director had forgotten to say 'Cut' and only realized his mistake too late; Kishore had reached Khandala by then. Kishore Kumar was an exceptionally talented actor and singer who took Bollywood to new heights. Read some of the famous quotes and sayings by the man who yodeled his way to glory. 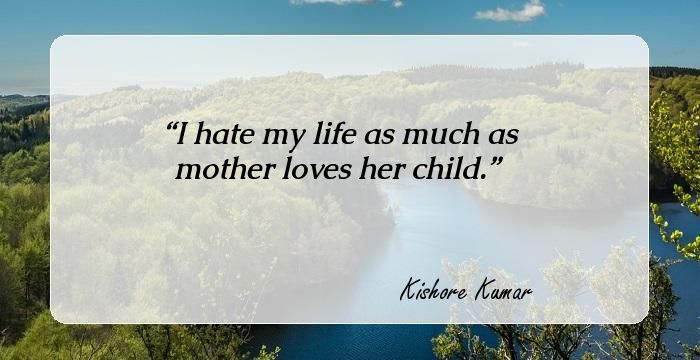 I hate my life as much as mother loves her child. 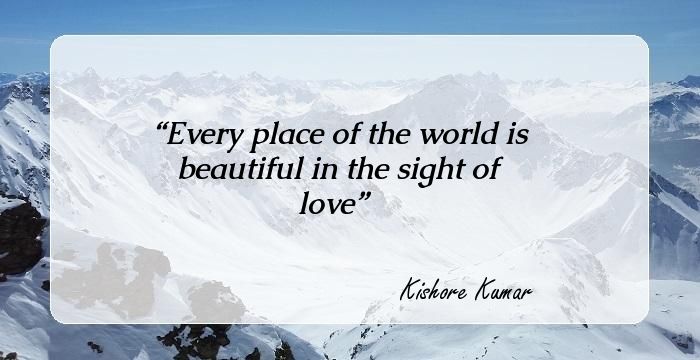 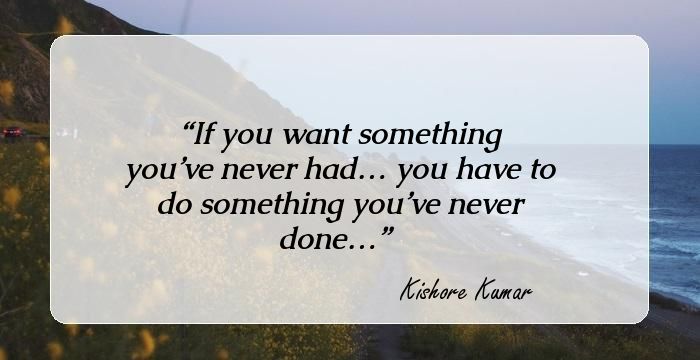 The difference between the poor and the rich is not only of the status ... but also of the heart Love doesn't have a single destination Until a person becomes something in life ... even his dear ones act as strangers They used to feed on cashew nuts during the days of the monarch, but now they don't even get enough corn and wheat to eat. I'm incomplete without you, just like lentil soup without salt ... like rice without lentil soup and Bengal without rice Good business, rats. One can make money from them if one is enterprising People bore me. Film people particularly bore me. I prefer talking to my trees Asha tell me until when will you hide ... today I've read the language of your eyes A friend is the one who comes in when the whole world has gone out. Every day is a new beginning. Every day gives opportunity to prove yourself better and better, to do something good and to prove your self worth. If you fail in your endeavor, never be disheartened. It‚Äôs up to you to get back on track. It‚Äôs your strength which makes you to move closer to your goals and dreams.