10 Inspirational Quotes By M. F. Hussain The National Award Winning Painter That Will Change The Way You Perceive Things.

M F Hussain was an artist par excellence who dabbled with various themes and styles. the modernist painter and film director had created over 50,000 paintings and sculptures throughout his lifetime. Did you know that Hussain began his career working as a painter of film posters in Mumbai? Here are a few other interesting titbits about the artist.

As he struggled to make ends meet while painting film hoardings, MF worked at a toy factory to make some extra money.

One of the renowned names in the modernist era, Hussain was a pioneering member of the Bombay Progressive Artists' Group.

Hussain's first directorial venture was 'Through the Eyes of a Painter.' The film was premiered at the Berlin Film Festival and was felicitated with the 'Golden Bear Award' for best short film.

He has also directed Bollywood actress Madhuri Dixit in his movie 'GajaGamini.' Like his paintings and sculptures, his movies too drew inspiration from the society.

An artist who was respected all across the globe was known for stirring up controversies with his unconventional depictions of human condition. His nudist representation of Hindu gods and goddesses enraged masses and the artist was forced to leave the nation.

Hussain chose the city of Doha and London as his residence after receiving death threats in India. In Qatar he worked on history of Arab and Indian civilization.

He was named among the 500 most influential Muslims.
9 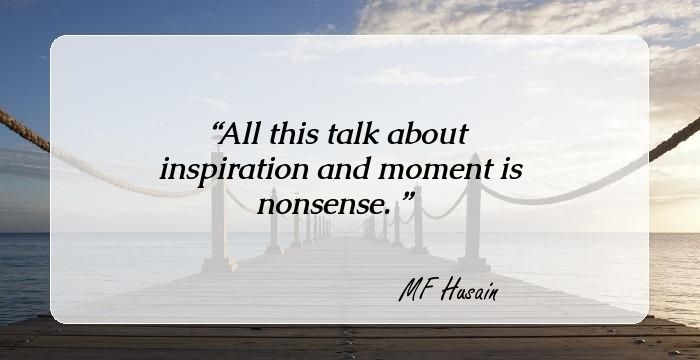 All this talk about inspiration and moment is nonsense.Â 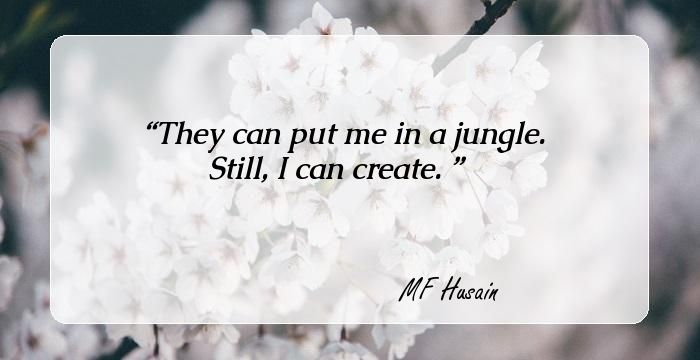 They can put me in a jungle. Still, I can create.Â 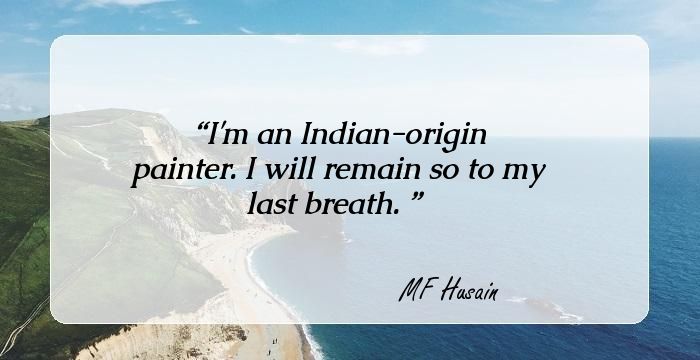 I'm an Indian-origin painter. I will remain so to my last breath.Â I only give expression to the instincts from my soul.Â I am an Indian and a painter, that's all.Â Ninety-nine percent of Indian people loved me and they still love me.Â I have not intended to denigrate or hurt the beliefs of anyone through my art. I am like a folk painter. Paint and move ahead.Â Wherever I find love I will accept it.Â