10 Inspirational Quotes By Sri Ramakrishna Paramhansa That Will Make You Look At Things In A New Light.

A famous Yogi was once travelling along a river bank with his students when he saw a scorpion bobbing up and down in the water. The predatory arthropod was struggling to cross the river and stay afloat but the current made it impossible.

The kind-hearted mystic took pity at the creature and dived into the water to save it. The terrified creature out of his nature stung the man.

Jolted by the sting the teacher dropped the scorpion into the water. The creature began struggling again to stay afloat.

Despite being stung once, the man went ahead and picked it up again. As he was making his way towards the bank, the scorpion stung him again. But this time instead of dropping it, he found a twig floating and used it to steer the scorpion out of the water. Finally he succeeded in his efforts and the scorpion was rescued.

His astonished disciples asked him, why did he bother saving the poisonous scorpion even after he stung him.

To this the master replied, 'It is the nature of the scorpion, it will sting us when it is scared. It was struggling, it was in pain; it is my nature to help it. Should I give up my nature Just because it stung me?'

Do you know who this famous Yogi was? It was none other than spiritual leader and ardent devotee of Goddess Kali, Sri Ramakrishna Paramhansa. Here are a few other inspirational words uttered by the revered mystic.
10 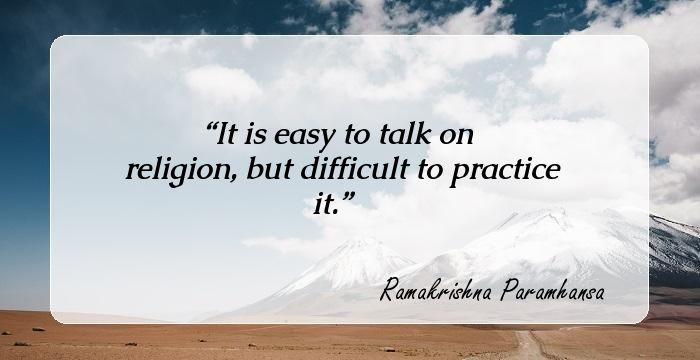 It is easy to talk on religion, but difficult to practice it. 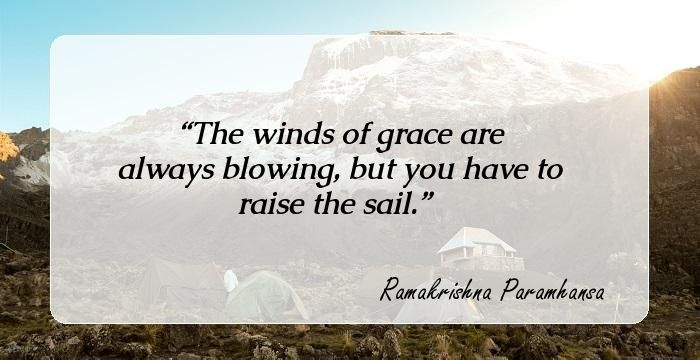 The winds of grace are always blowing, but you have to raise the sail. 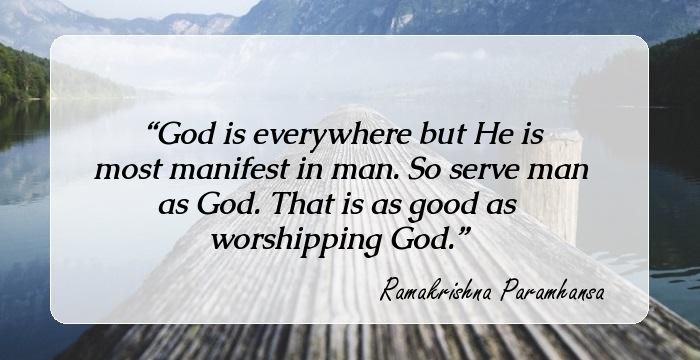 God is everywhere but He is most manifest in man. So serve man as God. That is as good as worshipping God. When the flower blooms, the bees come uninvited. Work, apart from devotion or love of God, is helpless and cannot stand alone. If you must be mad, be it not for the things of the world. Be mad with the love of God. Pray to God that your attachment to such transitory things as wealth, name, and creature comforts may become less and less every day. God is in all men, but all men are not in God; that is why we suffer. Many good sayings are to be found in holy books, but merely reading them will not make one religious. The world is indeed a mixture of truth and make-believe. Discard the make-believe and take the truth.