12 Inspirational Quotes By Shakuntala Devi, The Human Computer, Which Will Fill You With A Love For Mathematics.

You may know her as the 'Human Computer', the mathematical genius who beat the computers in solving complex mathematical problems. She is none other than India's own Shakuntala Devi.

Her father realized that their daughter was blessed with exceptional talent when she was three years old. She would defeat people much elder to her in card games not by sleight of hand as many would expect but rather by memorizing the cards.

She demonstrated her calculating prowess at the University of Mysore when she was only six.

Shakuntala who had gained considerable fame in India travelled to London with her father where she was invited on the BBC show. The host posed a complex calculation before her and she answered it within seconds. The answers did not match though. Later upon recalculation it was found that Shakuntala's answer was correct and thus she gained instant popularity.

Shankutala Devi was married to a homosexual man apparently which led her to write the book, 'The World of Homosexuals', the first ever attempt by an Indian author to study homosexuality.

The following are a few inspirational quotes by the mathematical genius.
8 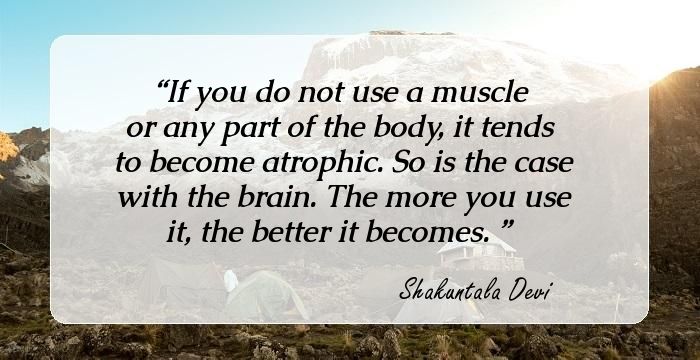 If you do not use a muscle or any part of the body, it tends to become atrophic. So is the case with the brain. The more you use it, the better it becomes.Â 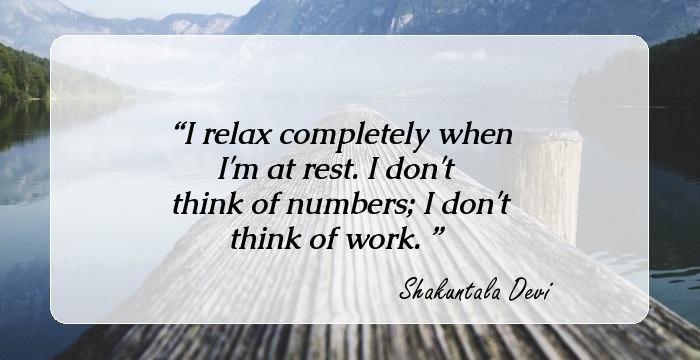 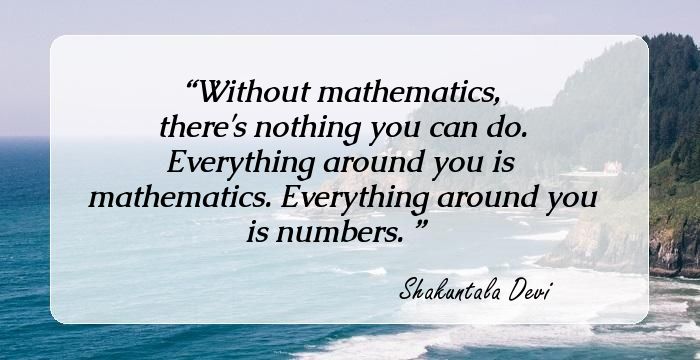 Numbers have life; they're not just symbols on paper.Â Education is not just about going to school and getting a degree. It's about widening your knowledge and absorbing the truth about life.Â Why do children dread mathematics? Because of the wrong approach. Because it is looked at as a subject.Â I haven't had any formal education. Through the grace of god, I am gifted in mathematics and the English language.Â You develop a sympathy for all human beings when you travel a lot.Â I cannot transfer my abilities to anyone, but I can think of quicker ways with which to help people develop numerical aptitude.Â Nobody challenges me. I challenge myself.Â Students shy away from Maths, but in reality Maths is the best friend of man.Â I don't even possess a car. I ride in auto-rickshaws because I like to be a part of the masses. I don't want to single myself out as someone up and above.Â