Pandit Ravi Shankar, a name which we instantaneously relate to the musical instrument sitar, has taken India music to global platforms and brought immense fame back to the country. In the country, he has been awarded with the highest civilian awards which are the Padma Bhushan, Padma Vibhushan and Bharat Ratna.

A person who has excelled in his professional life, however, did not have a smooth personal life. In 1941, he was married to Annapurna Devi, daughter of music maestro Allauddin Khan and they had a son Shubhendra Shankar. But their marriage was short-lived and their son too died an early death.

Annapurna Devi was immensely talented and once her brother Ustad Ali Akbar Khan stated, “Put Ravi Shankar, Pannalal (Ghosh) and me on one side and put Annapurna on the other and yet her side of the scale will be heavier.”

In spite of being blessed with such talent, she withdrew from making public appearances, and many never knew the reason behind this.

After about six decades, Annapurna Devi told the world about her sudden disappearance from the music scenario. She said that her fame was putting her married life in perils and she did not want that, therefore, she chose marriage over fame. Very few know that the movie Abhimaan by Hrishikesh Mukherjee was based on their story, but unlike the movie their real life did not have a happy ending.

These turns of life must not have been easy for either of them and both found solace in music. Therefore, here are some quotes by the musical geniusPandit Ravi Shankar which will give you a new spirit to deal with life with a smile on your face.

Love is not an emotion. It is your very existence. 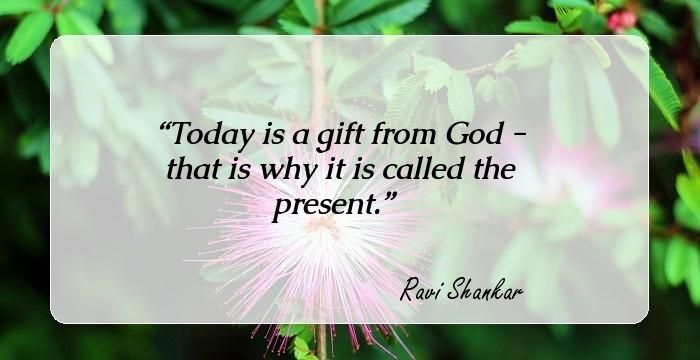 Today is a gift from God - that is why it is called the present. 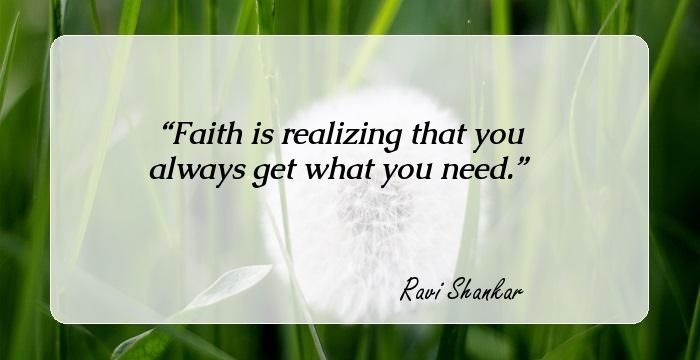 Faith is realizing that you always get what you need. Difference between motivation and inspiration - Motivation is external and short lived. Inspiration is internal and lifelong Why can't we control our anger? because we love perfection. make a little room for imperfection in our lives.

Worrying doesn't make any difference, but working does and spirituality gives one the strength to work If something can bring you great pleasure, it can also bring you pain. There is no use getting angry at something that has already happened.All you can do is your best to check it doesn't happen again. Infinity means it is permeating all the finite things, The third one is culturing the mind. One who has never meditated has no right to even touch the book of Ashtavakra. Life is nothing to be very serious about. Life is a ball in your hands to play with. Donâ€™t hold on to the ball.Â But joy is never tomorrow; it is always now. Rejection itself means the finite. Life is a ball we should play with it ! You need to see your life in context of time and space â€” how vast creation is, how big the universe is and how small your life is, relative There are four sources of energy â€” food, sleep, breath and a calm mind. If someone blames you directly, do not believe it. Just know that they are taking away your bad karma and let it If people are not inspired from within, it will not be possible to build a good work ethic. Work Your desire for pleasure or happiness makes you unhappy. Healthy breathing is the key to eliminating these toxins and harmonising emotions. Neither Science is about learning 'what something is' and spirituality is about knowing 'who I am'. The The best &quotPuja", the best form of worship is to be happy, to be grateful. Dvityadvai bhayam bhavati which means, Fear is the result of duality. We should not exit from this world without finding out who we are and where we have come from. This is very important. Think about a world which never irritated you. Youâ€™d be stuck with it forever.