Pandit Shivkumar Sharma is a renowned Santoor player from India. The maestro was born in the state of Jammu and Kashmir and he trained to be a musician since the tender age of five. His first tryst with the seventy-two stringed instrument, mostly used to play folk music, was at the age of thirteen. However Shivkumar Sharma learnt to play classical Indian music on the strings of the Santoor. Here are few incidents from the life of this famous musician.
Reminiscing about his early days when he was a nobody, Sharma says, he came to Mumbai against the wishes of his father, who wanted him to join Jammu and Srinagar Radio.
"My father wanted me to take up the job offered in the Jammu and Srinagar Radio. Though he had only my best interest at heart and wanted security of a government job for me, I wanted more. When this led to an argument I just left home and came to Mumbai with my santoor and only Rs 500 in my pocket."
Speaking of his struggles he said, it was a tough phase. "I remember going around looking for work. There were days when I had only an anna in my pocket and nothing to eat. I’d play the tabla to accompany others. Concerts were hard to come by because of the negative criticism of the santoor. The odd film assignments helped sustain me."
But he adds that he never let the criticism affect him and he persevered through the long and harrowing path to fame and recognition.
Here are some of the best inspirational quotes by Shivkumar Sharma himself.
10 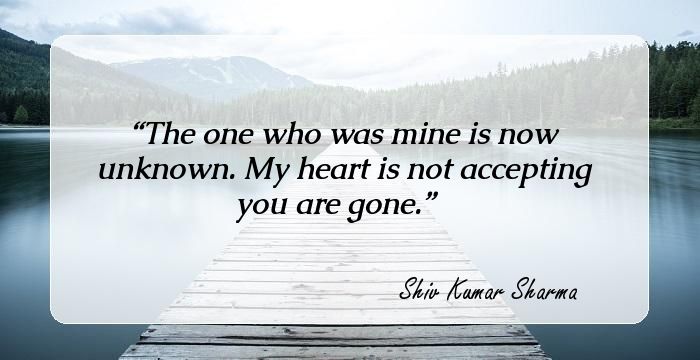 The one who was mine is now unknown. My heart is not accepting you are gone. 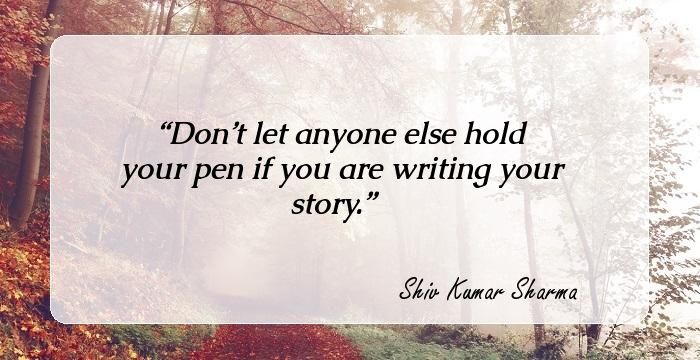 Don‚Äôt let anyone else hold your pen if you are writing your story. 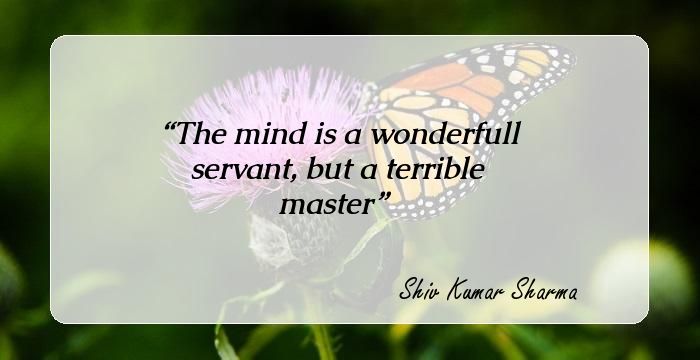 The mind is a wonderfull servant, but a terrible master Its easy to die in love‚Ä¶but living with that pain for rest of its life is the hardest thing to do. The more we sweat in peace the less we bleed in war. All I want is you with no regrets‚Ä¶‚Ä¶‚Ä¶ Words hurt you more than anything else, because they last, and sometimes FOREVER. Even the nicest person‚Äôs patience has a limit.