Producer and lyricist Shialendra was narrating the script to one of the prospective actors in the movie Teesri Kasam. The actor in question was impressed by the plot and asked the producer for his signing amount. Shailendra was deeply hurt as the actor who was a close friend of him knew of his financial condition and still made such a demand. However the actor burst out laughing and put Shailendra out of misery by saying "Give me one rupee." A rupee that was his charge for the entire film. Do you know who this kind-hearted actor was? He was none other than superstar Raj Kapoor.

Raj Kapoor was an actor and director par excellence who had a grasp on all aspects of filmmaking. It was a rare occasion that someone questioned his decision. However during the making of the film Phir Subah Hogi, lyricist Sahir Ludhianvi and Raj Kapoor had a disagreement over who should do the music of the film. Saigal insisted that composer Khayyam be assigned the job while Kapoor insisted that his regular associates, the Shankar-Jaikishen duo produce the music. However Ludhianvi's persistence won and Kapoor agreed with the condition that all the tunes would have to be approved by him. Finally when the score was ready Raj Kapoor could not agree more that Khayyam's music was nonpareil. 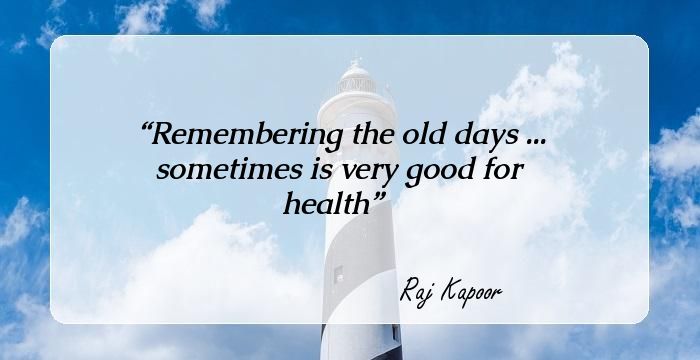 Remembering the old days ... sometimes is very good for health 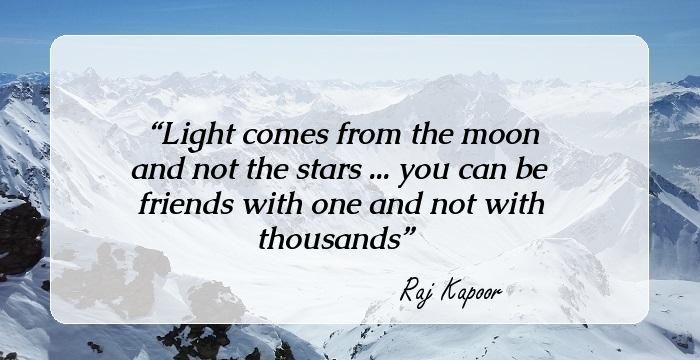 Light comes from the moon and not the stars ... you can be friends with one and not with thousands 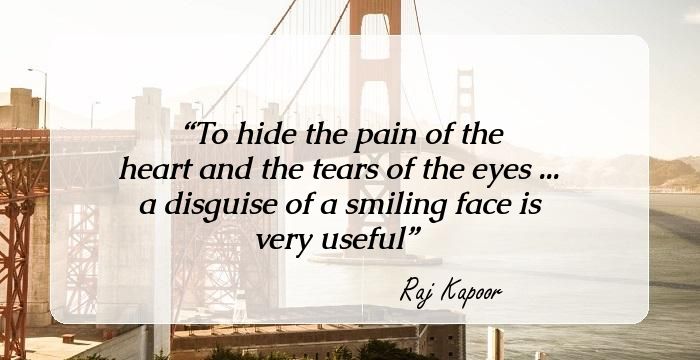 To hide the pain of the heart and the tears of the eyes ... a disguise of a smiling face is very useful You haven't given me any sorrow ... I have given myself sorrow By asking for you, I've asked everything from God ... now my hands don't rise after that prayer of mine

My shoes are Japanese, these pants are British, I have a Russian red hat on my head ... but still my heart is Indian There is a heart in a human ... and a human in a heart You don't have to go anywhere to buy enmity ... and you can't buy friendship for any price In this world there is one thing that is more dangerous and scary than a tiger ... and that is poverty and hunger A confluence is where a heart meets a heart ... a soul meets a soul and becomes a supreme soul Life shows so many tricks between the two needles ... time passes on by doing the drama of the new and the old First I'll scrub and take a bath ... and then I'll come in your arms