12 Inspirational Quotes By Adi Godrej, Chairman Of Godrej Group That Will Motivate You To Face All Adversities Head On.

The Godrej family is the pioneer of the largest Indian conglomerate which deal in wide range of sectors including FMCG, real estate, industrial engineering and appliances and furniture. The group is presently headed by the third generation of Godrej family heirs, with Adi Godrej at the helm. He is the chairman of the Godrej Group and is named among the 500 richest persons in the world.
The company was a vision of Adi's grandfather Ardeshir Godrej, who gave up a career in law to pursue his dream of building his own business. He began making surgical instruments using a loan he received from an acquaintance. His products were appreciated by a company Ardeshir approached and they showed interest. But it was long before the deal fell through as Ardeshir insisted that the products bore the 'Made In India' tag. However, not one to give up so easily, he went on to establish one of the largest conglomerate groups in the country.
Almost a century later, his grandkids have steered the company to new heights of success. Under the guidance of Adi Godrej the company is a member of the prestigious ‘100 billion’club and has plans to expand into regions beyond the Asia Pacific.
Here are a few inspirational quotes by the business baron Adi Godrej himself.
3 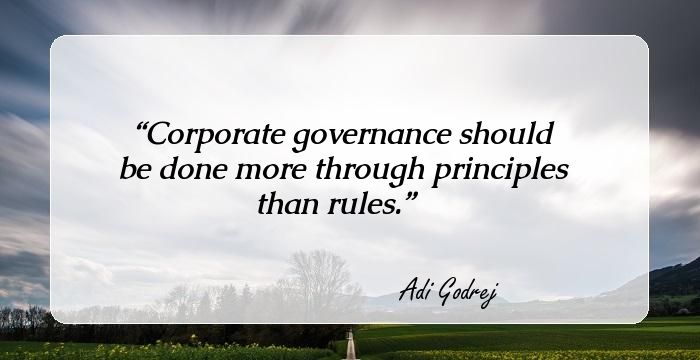 Corporate governance should be done more through principles than rules. 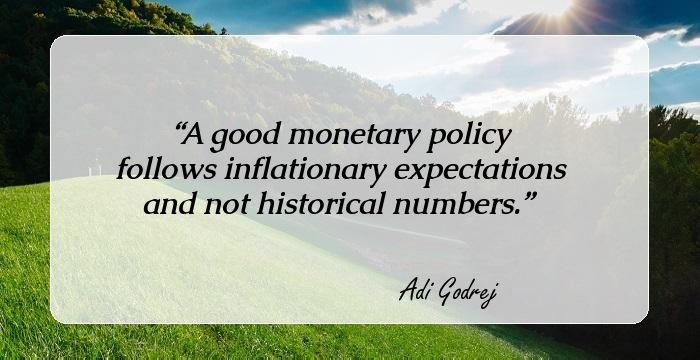 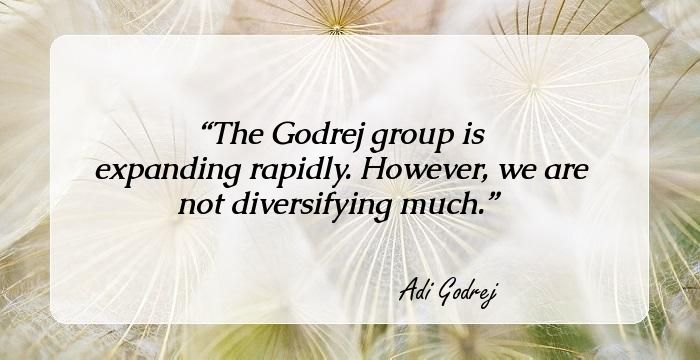 The Godrej group is expanding rapidly. However, we are not diversifying much. There are too many politicians in the world and too few statesmen. I'm not too involved in day-to-day matters. I only supervise at the board level. People should be encouraged by things like awards given for corporate governance practices. It's a mistake to believe technology rests outside India. We compete very successfully. We are not into financial services, and we are not interested also because we find we are better in branded marketing enterprises. Politicians and bureaucrats must learn to stay away from the day-by-day functioning of business. You can't have a regime which continuously subsidizes things; as inflation rises, you keep prices of certain things unchanged. When we acquire businesses in the developing world, we estimate if the growth opportunities are strong. In 2008, when the global financial crisis struck, it was a bad year for a lot of developing countries, and it manifested itself in consumer confidence.