17 Motivational Quotes By Dr. B. R. Ambedkar That Will Help You Rise Above All Odds.

We know B.R. Ambedkar as the Father of Indian Constitution but what many of us don’t know are the struggles he faced. He suffered many hardships in his life for being a member of the Dalit community. Once he was travelling with his elder brother in a bullock cart and the driver intentionally toppled the cart upon realizing that they belonged to the untouchable groups. He faced discrimination at every point in his life but he did not let the bitterness become a hindrance in his path. Instead he proved his mettle to the haters and went on to pursue higher studies in London.

Always eager to learn, Ambedkar was enchanted by Sanskrit but unfortunately people of his community were forbidden from studying the language. However his love for Sanskrit never dwindled and when it was time for deciding the nation’s national language, Sanskrit was the first choice for Ambedkar. In a bid to promote Sanskrit, Ambedkar and Mr. Shastri decided to converse in Sanskrit during a public meeting. People were awestruck and it grabbed many eyeballs. However Ambedkar’s hopes were dashed when majority of law makers decided against making Sanskrit the national language. Since Hindi was much more popular in the nation it was awarded the honor. What our legislators did not fathom then was the fact that decades later the same Sanskrit language would become a hot favorite, even in the West. 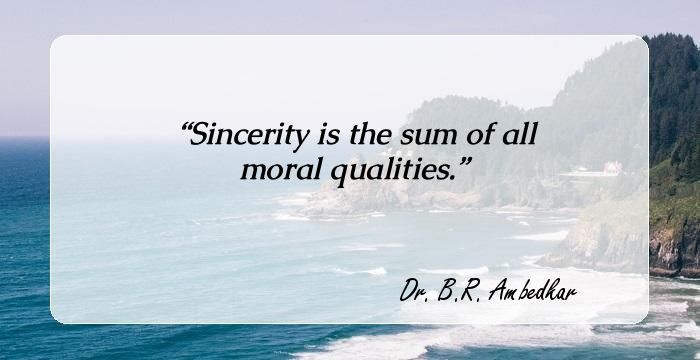 Sincerity is the sum of all moral qualities. 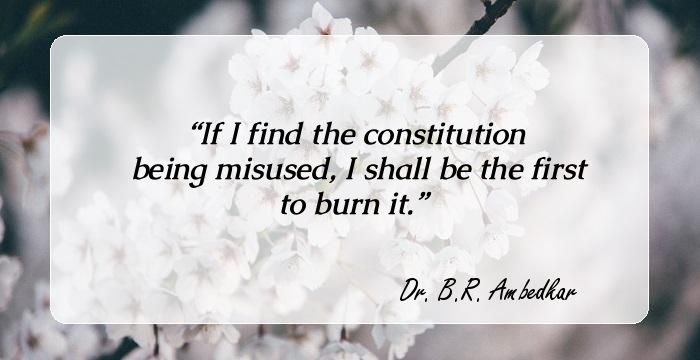 If I find the constitution being misused, I shall be the first to burn it. 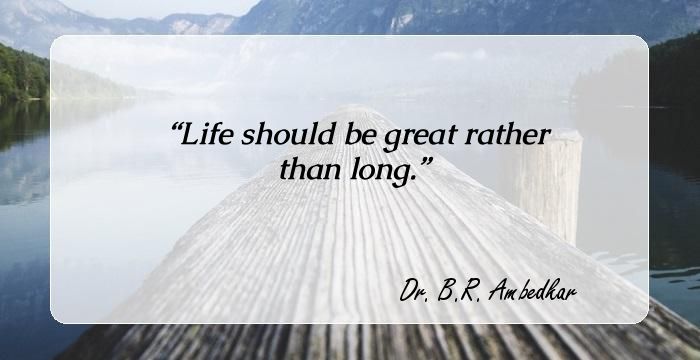 Life should be great rather than long. We are Indians, firstly and lastly. Be Educated, Be Organised and Be Agitated In Hinduism, conscience, reason and independent thinking have no scope for development. The relationship between husband and wife should be one of closest friends. I measure the progress of a community by the degree of progress which women have achieved. Cultivation of mind should be the ultimate aim of human existence. I like the religion that teaches liberty, equality and fraternity. A great man is different from an eminent one in that he is ready to be the servant of the society. So long as you do not achieve social liberty, whatever freedom is provided by the law is of no avail to you. Men are mortal. So are ideas. An idea needs propagation as much as a plant needs watering. Otherwise both will wither and die. The sovereignty of scriptures of all religions must come to an end if we want to have a united integrated modern India.