9 Inspirational Quotes By Rajendra Prasad, The 1st President Of India, That Will Guide You On A Path Of Self-Righteousness.

Dr. Rajendra Prasad was the first president of independent India and he served as the first citizen of the nation for 12 years. Dr. Prasad was a leader who personified humility and lived by the principle of 'simple living and high thinking'. here are a few inmteresting pieces of titbits from the life of this respected leader.
Upon being elected as the President, he introduced a number of reforms to reduce monetary expenses. It included reduction of his personnel staff to just one. Despite being the President, he would perform the daily chores himself.
During the independence struggle when he was in jail, the political leader was not concerned by the difficulties he faced as much as he was by a minor bruise on one of his granddaughter’s knees.
Rajendra Prasad was a man who put his nation before everything else. As the President he was entitled to a salary of 10,000 INR but he chose to take only half of it.
None of his grandchildren were aware of his political stature and he would make sure to have lunch with his grandkids when they got back from school.
He forbade the guests from giving any gifts during the marriage of his granddaughter. And he would stitch saris by hand to gift it to the daughters in their household.
Truly a man who led by example here are a few inspirational quotes by Dr. Rajendra Prasad.
7 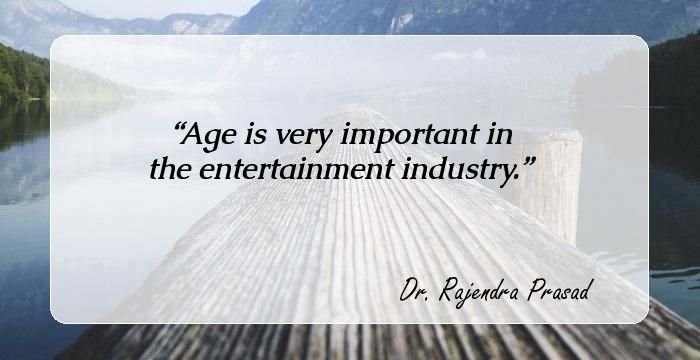 Ageô is very important in the entertainment industry. 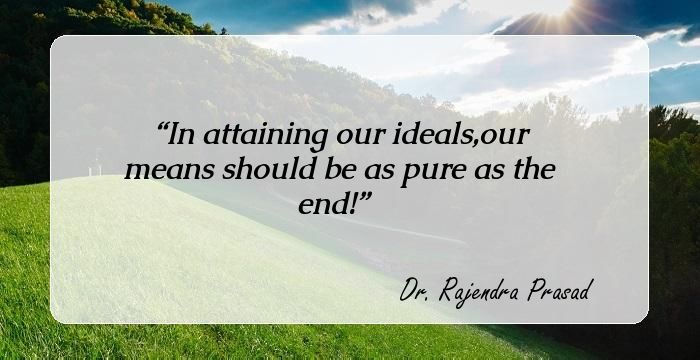 In attaining our ideals,our means should be as pure as the end! 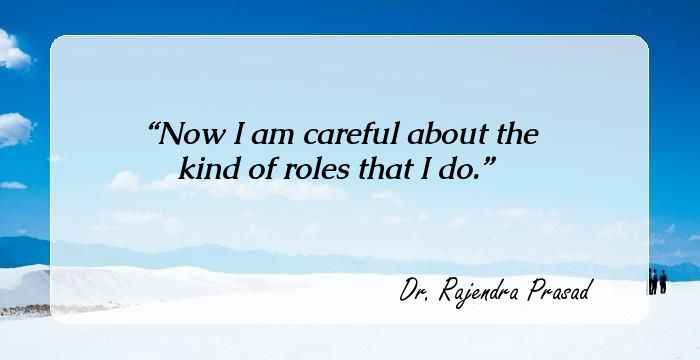 Nowô I am careful about the kind of roles that I do. Actorsô cannot go on for over running around the trees. Nobodyô can push me aside. Moreô importantly, I also understand my age and am in a better position to appreciate it. Iô know I cannot do all the stuff that I did ten years ago. Whatô I mean is that today's films lay lot of emphasis on glamour and associated emotions.