8 Quotes By Kasturba Gandhi That Will Fill You With Inspiration & A Sense Of Righteousness.

Mahatma Gandhi led the nation on the path of freedom without any fear. Imprisonment, torture nothing could stop the force that Mahatma had become. But did you know that the Father of the Nation was afraid of one person. The man of iron will would do anything to prevent the ire of his wife Kasturba Gandhi. During the non-cooperation movement against the British Government, the Gandhi Ashram was filled with visitors all the time and Kasturba was in charge of the kitchen. She would happily comply all her responsibilities but at times unexpected visitors would drop by at odd hours.

Bapu would be scared of Ba at such times as Kasturba would have to handle more responsibilities. One day just after Kasturba had finished her work in the kitchen and cleaned it, a few guests arrived. Gandhi was terrified at the thought of approaching Ba, and asking her to arrange food for the visitors. So he quietly summoned an aid of Kasturba and asked her to prepare everything for the meal and call Ba only when needed. The maids agreed and began about preparing things. Ba woke up and saw them working in the kitchen and asked them why were they cooking even after food had been served to all. They told what Bapu had asked them. On learning the truth Ba instead of praising Bapu, reprimanded him saying, 'Why did you ask them to do the work without me? You think I am such a bag of lazy-bones?' To this Gandhi replied, 'Don't you know, Ba, I am afraid of you on such occasions?' Ba was taken aback at the answer and she let out a laugh and thus the tension dissipated. 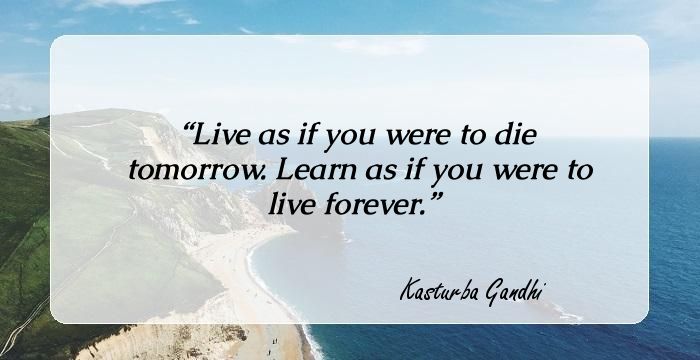 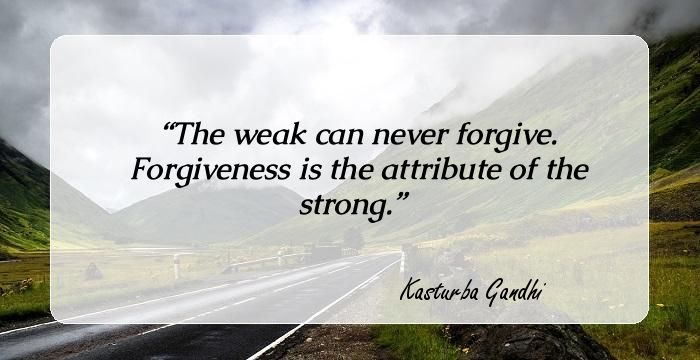 The weak can never forgive. Forgiveness is the attribute of the strong. 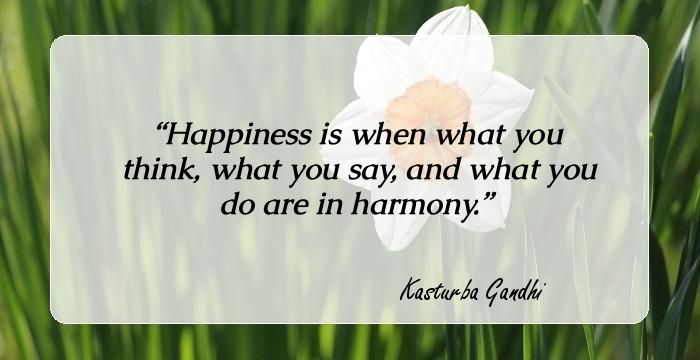 Happiness is when what you think, what you say, and what you do are in harmony. My life is my message. Don92t listen to friends when the Friend inside you says 91Do this.92 Whenever you have truth it must be given with love, or the message and the messenger will be rejected We must become the change we want to see. There is more to life than increasing its speed.