16 Quotes By Sarvepalli Radhakrishnan That Will Help You Connect With Your Inner Self.

1. As an appreciation for his commendable contribution to the field of education George V bestowed knighthood on Radhakrishnan. However the educator refused the honor citing his preference for the academic title of Doctor.

2. Bertrand Russell the British philosopher and social critic was a big fan of Radhakrishnan. When the latter was elected as the President he remarked, “It is an honor to philosophy that Dr. Radhakrishnan should be President of India and I, as a philosopher, take special pleasure in this.Plato aspired for philosophers to become kings and it is a tribute to India that she should make a philosopher her President."

3. As a teacher Radhakrishnan was much loved and when he was assigned a posting in Calcutta, his students in Mysore University drove him in a decorated carriage to the railway station.

4. He was also the second vice-President of India and he had to disburse the responsibility of presiding over the Upper House. A man of tact, Radhakrishnan would chant shlokas and mantras when the members would engage in verbal duel to calm things down. Prime Minister Nehru once commented, "By the way in which Radhakrishnan conducted the proceedings of the Rajya Sabha, he had made the meetings of the House look like family gatherings!"

5. Radhakrishnan explained Indian philosophy in western terms thus alerting them to the rich logic and reason imbibed in our culture which was earlier deemed as inferior. 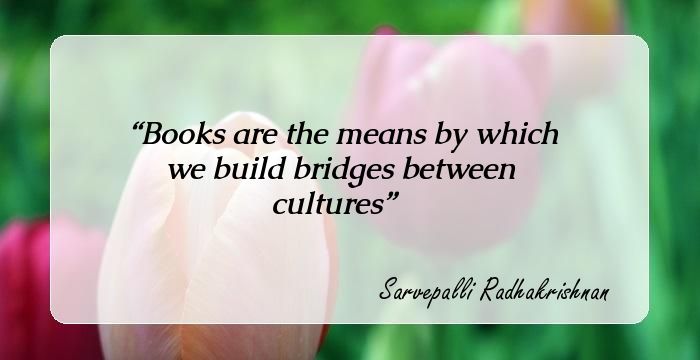 Books are the means by which we build bridges between cultures 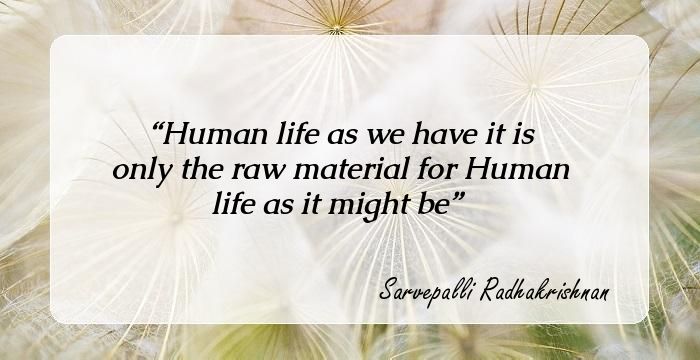 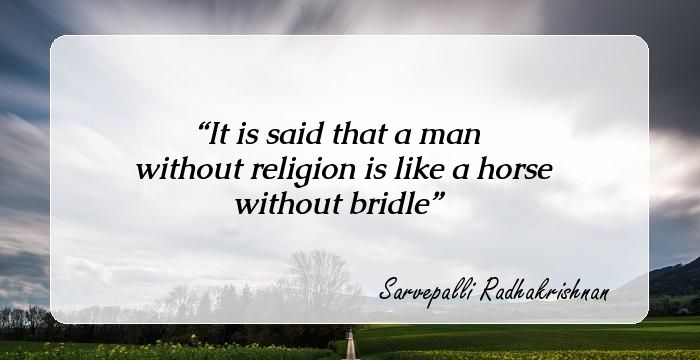 The idea of Plato that philosophers must be the rulers and directors of society is practiced in India. It is not God that is worshipped but the authority that claims to speak in His name. Sin becomes disobedience to authority not violation of integrity. Love thy neighbor as thyself because you are your neighbor. It is illusion that makes you think that your neighbor is someone other than yourself. A literary genius, it is said, resembles all, though no one resembles him The prophets of spirit make history just by standing outside history Anubhavavasanameva vidya phalam. The fruit of knowledge, the fruit of vidya is anubhava. We must recall humanity to those moral roots from which both order and freedom spring. Religion is the conquest of fear; the antidote to failure and death