14 Inspiring Quotes By Maulana Abul Kalam Azad The First Education Minister Of Independent India That Will Fill You Up Patriotism.

Abul Kalam Muhiyuddin Ahmed Azad was an Indian nationalist who engineered the inclusion of Muslims in the freedom struggle and even brought states of North India to join the cause.

A man of letters, he wrote under the pen name of Azad. He founded several journals in Urdu with the aim of promoting nationalism in Muslims and unify the two communities.

As a part of his traditional upbringing, he was taught religious texts which morphed him into a nationalist revolutionary. A prodigy, Maulana Azad was composing poetry in Urdu from a very tender age. His works criticized the British Rule and implored many to participate in the fight for independence.

His political prowess was proved when he was nominated as the President of the Indian National Congress. He was only 35 at the time he assumed the Presidency of the country's largest political party.

He was one of the most prominent faces who opposed the partition as he had always dreamt of one unified nation for India and Pakistan. 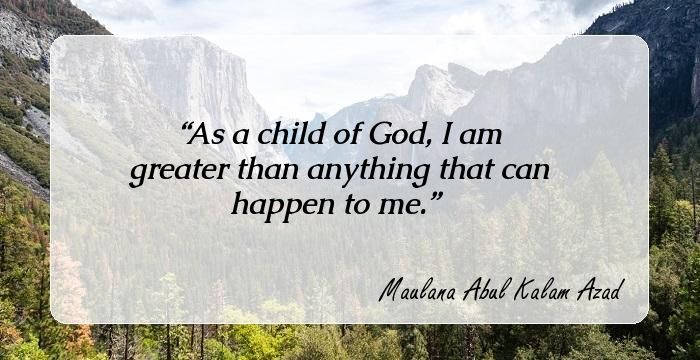 As a child of God, I am greater than anything that can happen to me. 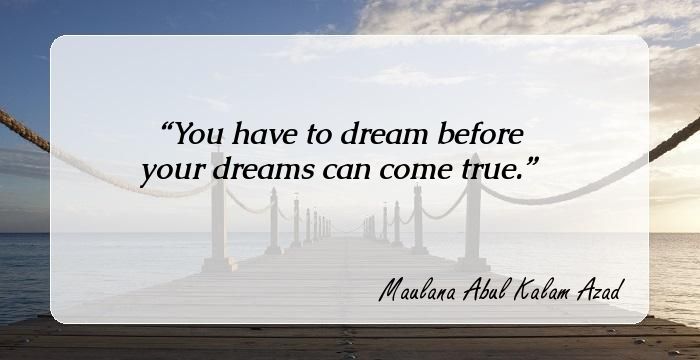 You have to dream before your dreams can come true. 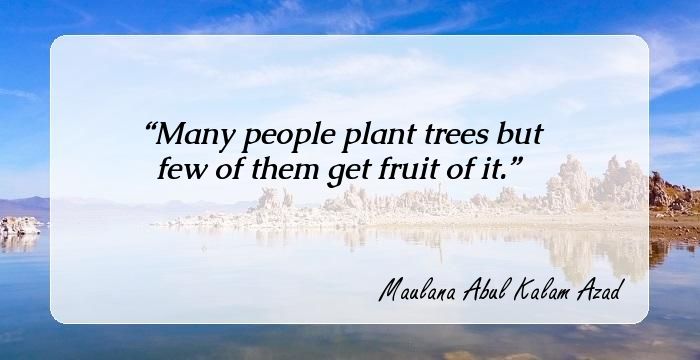 Many people plant trees but few of them get fruit of it. Slavery is worst even if it bears beautiful names. Teaching by tongue can be perspired but by good deed can stay stronger. Education imparted by heart can bring revolution in the society. Educationists should build the capacities of the spirit of inquiry, creativity, entrepreneurial and moral leadership among students and become their role model. To succeed in your mission, you must have single-minded devotion to your goal. Be more dedicated to making solid achievements than in running after swift but synthetic happiness. The minute I heard my first love story, I started looking for you, not knowing how blind that was. Lovers donâ€™t finally meet somewhere. Theyâ€™re in each other all along. Do we not realize that self respect comes with self reliance?